How To Install Docker on Debian 10 Buster

Docker is used for creating, deploying, and managing containers for application development. It uses OS virtualization to isolate containers and allow them to communicate with each other.

In this tutorial, you will learn how to install Docker on Debian 10. 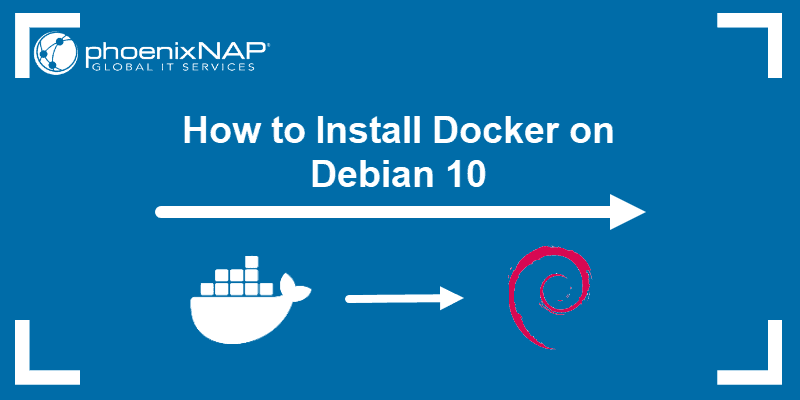 To set up Docker, you will need to prepare the system for installation. Deleting older versions of Docker packages and downloading the required dependencies speeds up the process.

The first step is to remove old versions of docker, docker.io, and docker-engine that may already be on the system. These versions are not required for the latest stable release of Docker.

Delete the outdated packages by typing the following command in the terminal:

Update the default repository with the command:

By doing so, this allows you to add a new repository over HTTPS.

There are several ways to install Docker:

The best option for most Debian 10 users will be to install Docker from its official repositories. To do so, follow the steps outlined below.

1. Download Docker’s official GPG key to verify the integrity of packages before installing:

2. Add the Docker repository to your system repository with the following command:

5. The service will start automatically after the installation. Check the status by typing:

6. You can also verify the installation by asking for the Docker version:

Users who cannot install Docker from its repositories (or prefer not to) have the option of installing the software manually.

1.Navigate to the following URL:

2. Click the version of Debian you are using. In this case, it is Buster.

4. Next, you will see a list of all the available .deb packages, including the new releases and older versions. The list will consist of multiple versions of three essential Docker packages:

Unless you require a specific version, go for the latest stable release. Click the newest version for each software package to download them. 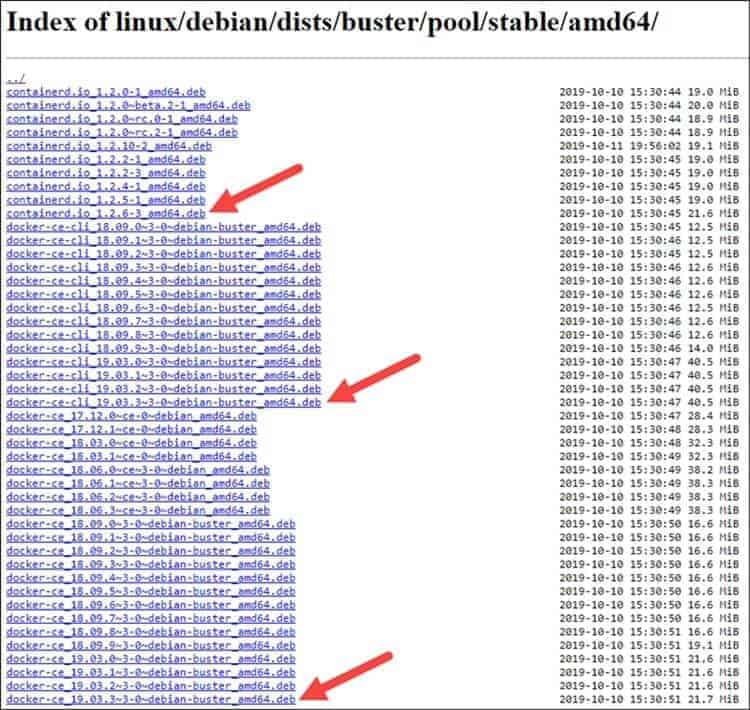 The system will most often store the .deb files in the Downloads folder.

5. Return to the command line and navigate to the Downloads folder with the following command:

6. To set up Docker, use the dpkg command to install each of the three packages. Make sure to do it in the following order:

Step 4: Verify the Installation With a Hello World Image

The best way to ensure that the container service has been configured correctly is to run a hello-world test image.

The command automatically downloads the hello-world image. It also creates a container based on that image.

The following output will appear in the terminal, verifying that you have successfully configured Docker on Debian 10:

If you need to uninstall Docker, run the following command:

The command deletes the docker-ce package. However, any additional files related to it, such as images, containers, and custom configuration files, remain on the system. Remove everything from the Docker directory with the command:

Now that you know how to install Docker on Debian 10, you can also get started with learning the basic commands and functions.

Sofija Simic
Sofija Simic is an aspiring Technical Writer at phoenixNAP. Alongside her educational background in teaching and writing, she has had a lifelong passion for information technology. She is committed to unscrambling confusing IT concepts and streamlining intricate software installations.
Next you should read
DevOps and Development Virtualization
How to List / Start / Stop Docker Containers
A Docker container uses an image of a preconfigured operating system environment. Images are often...
Read more
Virtualization
How to Share Data Between Docker Containers
Docker allows users to run applications isolated from a host computer, without the necessity of having...
Read more
DevOps and Development
How To Remove Docker Images, Containers, Networks & Volumes
Docker allows users to create a container in which an application or process can run. In this guide, you will...
Read more
Virtualization
How to Manage Docker Containers? Best Practices
With Docker Container Management you can manage complex tasks with few resources. Learn the best practices of...
Read more
© 2021 Copyright phoenixNAP | Global IT Services. All Rights Reserved.