How To Set Up Raspberry Pi As A DNS Server

This guide explains how to configure the Raspberry Pi as a DNS server. 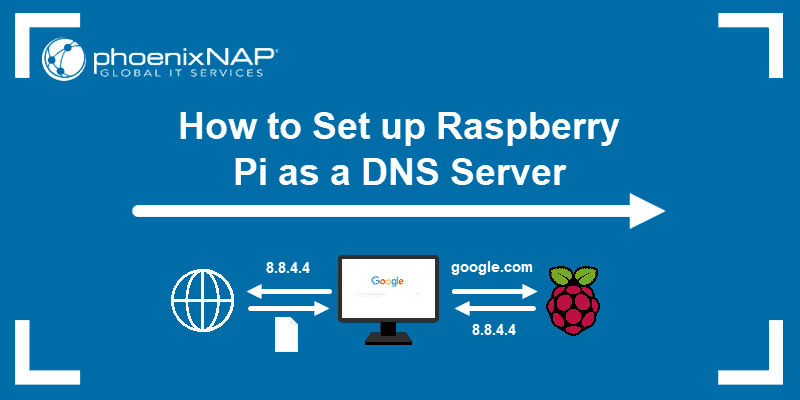 There are several methods to set up a Raspberry Pi as a DNS server. However, the most straightforward way is using the lightweight DNSMasq utility.

Before starting, open the terminal and update software packages on your Raspberry Pi using the apt package manager:

Wait for the update and upgrade to complete before proceeding to the next step.

Install DNSMasq on the Raspberry Pi:

DNSMasq is an excellent choice for small-scale networks.

Configuring DNSMasq ensures the best setup for the DNS server.

2. Locate (CTRL+W to search) and uncomment the following lines by removing the hash sign (#):

This step makes use of Google’s DNS servers for the upstream nameservers.

Uncomment and change the cache size to 1000:

5. Save the file with CTRL+X, then press Y and hit Enter to keep the changes.

6. Restart DNSMasq to apply the changes:

7. Check the status of the DNS server with:

The status shows as active (running), indicating the Raspberry Pi is running as a DNS server:

1. Test the newly set up DNS server with the dig command. Check the DNS data by running:

2. Check the query time in the response: 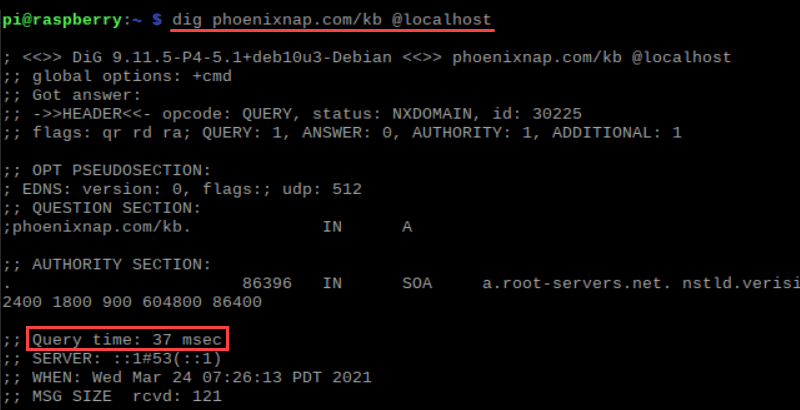 3. Rerun the command. Notice the query time reduces because the address is cached:

Step 5: Configure Your Device to Use the Raspberry Pi as a DNS Server

The final step is to configure other devices to use the Raspberry Pi as a DNS server.

Every device must point to the Raspberry Pi address for the DNS server utilization.

Using a Raspberry Pi as a DNS server improves network speed and connectivity by caching addresses. To learn more about DNS, check out our article on DNS best practices for security and performance.

Milica Dancuk
Milica Dancuk is an aspiring technical writer at phoenixNAP and a data nerd. Her background in Electrical Engineering and Computing and her teaching experience give her a unique set of skills - being able to easily explain complex technical concepts through her content.
Next you should read
DevOps and Development SysAdmin
How to Install Java on Raspberry Pi
This article guides you through the Java installation process on Raspberry Pi. You will also learn how to set…
Read more
SysAdmin Web Servers
How to Enable SSH on Raspberry Pi {Linux, Mac OS, Windows}
This article shows you how to enable SSH on your Raspberry Pi using different methods. The guide also…
Read more
DevOps and Development SysAdmin Virtualization
How to Install Docker on Raspberry Pi
If you want to install Docker on Raspberry Pi, that is on its Raspbian system, you need to use the automated…
Read more
Networking SysAdmin
How to Flush DNS Cache Locally in Windows, macOS, & Linux
DNS cache can be corrupted for a number of different reasons, including network attacks or viruses. When that…
Read more
© 2021 Copyright phoenixNAP | Global IT Services. All Rights Reserved.